Alfred Bekker has been writing novels, narratives and short stories under various different pseudonyms since the tender age of 14. He lives with his family in Munsterland, North-Rhine Westphalia. His numerous novels – written in different genres of fiction – have been published with great success. Periodically, he writes for SF and thriller series like Sternenfaust, Ren Dhark and Jerry

Cotton, but he has always been setting his heart for fantasy. Publishing house Carl Ueberreuter has launched his detective series Tatort Mittelalter (Crime Scene Middle Ages). Another single-shot title is the detective novel Münsterwölfe (Wolves of Münster), published by Gmeiner-Verlag. A historical novel about pirates has been published pseudonymously under the name of Ashley Parker. He recently wrote the fantasy-novel Das Tor nach Ta-Meket (The Gate to Ta-Meket) adapting the role play Midgard. Other fantasy novels are Die Suche nach Dhum (The Quest for Dhum) und Axtkrieger – Der Wanderer (Axe Warrior – the Wanderer). Sometimes, he is doing something completely different: He writes the plot of the crime play or role play for the popular “crime-dinner” events.
More detailed information on wikipedia.org

The first two volumes of a new seven-part series by Alfred Bekker. The ‘half-elves’ Daron and Sarwen live at a court belonging to their grandfather, the Elf King Keandir, on the ‘Middle Land’ continent, a place populated by human folk, halflings, smalllings, bluelings, trorks, saurian folk and vast bat-like creatures called battlings. Daron and Sarwen tame one of these creatures, Rarax. But in flight one day they lose control and are thrown from the creature’s back into the wilderness where they come face to face with the trorks.They are able to flee to the realm of the smalllings; a realm protected from the trorks by the magical powers of a jewel. But when the jewel is stolen by a battling, the magical aura protecting the realm begins to weaken.

AMBUSH ON THE DRAGON SHIP

Who stole the Viking’s treasure?
Helge Helgeson, the old jarl of Haithabu is dead! In keeping with ancient Viking 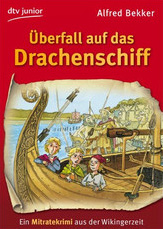 traditions, he is to be buried at sea. But the night before the ceremony is due
to take place the ship disappears! And with it the treasure that is meant to
accompany the dead man on his final journey. Who would be capable of
committing such a sacrilegious deed? The quick-witted children Solveig,
Sven and Gunnar do everything in their power to find the thief.
But then where would the three detectives be without the vigilant readers?
They play an active part in the investigations and, at the same time,
learn a great deal about everyday life in one of the most significant Viking
settlements: about ship-building and trade routes, burial rites and religion,
runic writing and jurisdiction.

In 1000 AD Greenland, Thorfinn Karlsefni is determined to make the crossing to America, then known as Vinland. He is joined on board by Sven Bleichhaar, along with his wife and the twins Einar and Freya. The family only manage to survive the arduous journey by a hair’s breadth, and things don’t get any rosier when they finally arrive in the legendary „land of vines.“ And there is another problem to contend with: Vinland is already inhabited – by American Indians…

The star gamer from Korea, Park Dae-Young, arrived in New York to participate in an E-sports competition. The prize money is $600,000. A few hours after his arrival he is dead; and this despite having had body guards

present. Cotton and Decker from the G-Team take over the case. There are certain indications that team members, who came with Park, may be involved in his death. It is suspected that they did so out of jealousy, and that Park’s clan had participated in tourneys outside the regular „Counterstrike? gaming schedule, in which huge sums of money were involved. It seems evident that not only Park himself, but also the team members and the management too, had been involved in a betting scam. Something like this goes well only so long as all the members cooperate.

A new legend is born! COTTON FBI is a remake of a world famous cult series with more than one billion copies sold and appears bi-weekly with a self-contained story in each e-book episode. 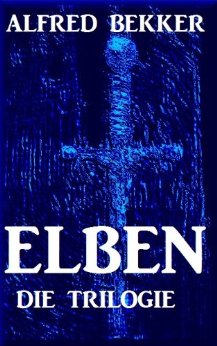 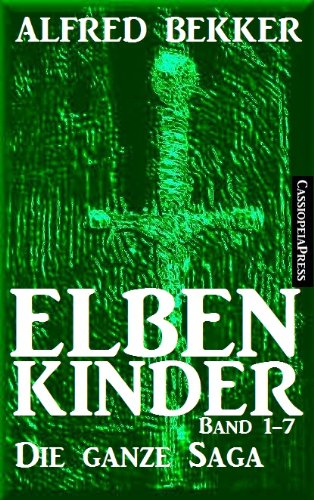 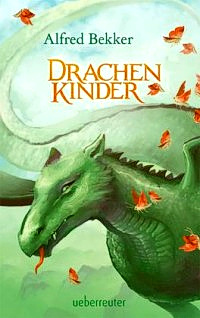 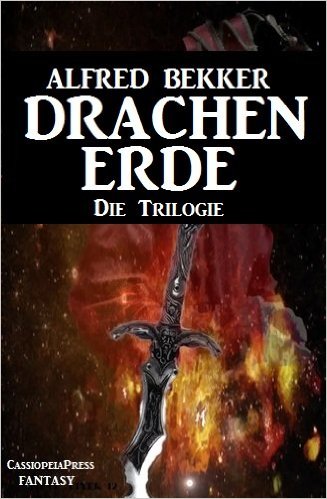 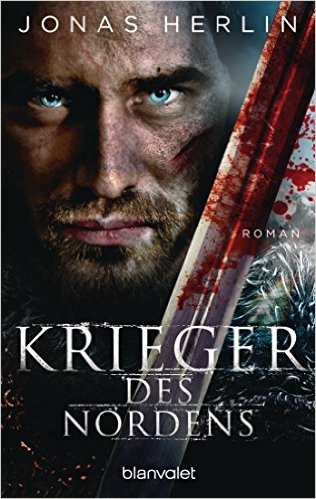 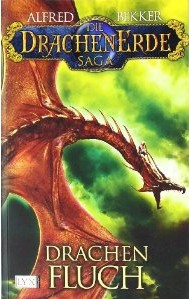 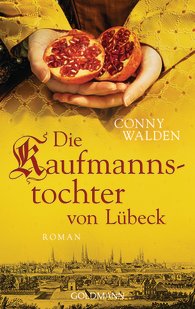 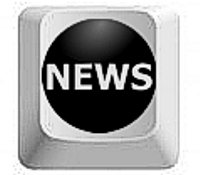